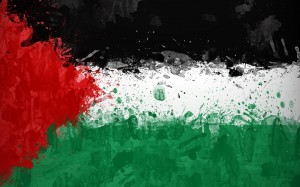 One of the principles that Islam guides its followers to assume is perseverance and endurance because it is the provision of the Muslim at the time of adversity and hardship.

Islam lays out, for those who believe in it, great principles that strengthen the bond between Muslims all around the world, preserves their unity, and protects their dignity. Among these principles is to have concern about the affairs and anxieties of other Muslims.

“Muhammad is the Messenger of Allah; those with him are forceful against the disbelievers, merciful among themselves. You see them bowing and prostrating (in prayer), seeking bounty from Allah and (Allah’s) pleasure.” (Al-Fath 48: 29)

Brotherhood in Islam is based on faith and respect. It is a brotherhood that exists between a large number of people who share the same beliefs and religious identity. Allah says:

Being concerned about your brothers is not an emotional reaction whereby one expresses only sympathetic feelings without any practical constructive steps that reflect real concern. In other words, it is not enough that a Muslim feels sorrow and sheds tears of regret over the afflictions of other Muslims. A Muslim must strongly condemn the crime and destruction afflicting his fellow Muslims and support them physically and spiritually in order to release them from the nightmare they live through until they retrieve their rights.

This would make the afflicted Muslims feel that they are supported by those who truly fulfill the rights of brotherhood and practically implement the words of Prophet Muhammad (peace be upon him) when he said, “A faithful believer to a faithful believer is like the bricks of a wall, enforcing each other.” While (saying that), the Prophet clasped his hands by interlacing his fingers (Al-Bukhari).

One of the principles that Islam stresses is that a Muslim must not accept humiliation, nor should he or she tolerate being enslaved to other humans because Allah honored him, promised him support, and has entrusted him to convey His message. Almighty Allah says:

“Faint not nor grieve, for you will overcome them if you are (indeed) believers.” (Aal `Imran 3:139)

“And to Allah belongs the might and to His Messenger and to the believers, but the hypocrites do not know.”  (Al-Munafiqun 63:8)

Allah reserved provision and death in His hands so that Muslims would not humble themselves to other creatures,

“Indeed it is Allah Who is the (continual) Provider, the Possessor of firm strength” (Adh-Dhariyat 51:58)

People are only a means to deliver whatever Allah decreed for each person from provision, rank, position, or any other worldly benefit. No one will die without consuming all of what was decreed for him, as narrated by `Abdullah ibn Mas`ud (may Allah be pleased with him) that the Prophet (peace  be upon him) said, “I was inspired that no soul would die until it consumes all its provisions and time.” (Tabarani and Hakim).

Rib`iy ibn `Amir, one of the Companions, entered into the palace of one of the great leaders of the Persians during the Islamic conquest. The Persian leader asked him, “What brings you to us?” The Companion answered courageously and with pride,

Allah sent us to rescue whomever He wants from being slaves to other humans to being slaves to Him, to get them out of their hardships of life to the simplicity and happiness of this life and the Hereafter, and to deliver them from the injustice of other religions to the justice of Islam.

One of the principles that Islam guides its followers to assume is perseverance and endurance because it is the provision of the Muslim at the time of adversity and hardship. It brings tranquility and makes a Muslim content with the decree of Allah. `Umar ibn Al-Khattab (may Allah be pleased with him) said, “We experienced the best of life when we endured and persevered.” `Ali ibn Abi Talib (may Allah be pleased with him) said, “The relationship between perseverance and faith is like the relationship between the head and the body” until he said, “The faith of he who does not persevere is incomplete.”

Allah has clearly stated that He will test us. He did not stop at that but He also informed us of what we need in order to pass the test or trial. Almighty Allah says:

“And We will most certainly try you with somewhat of fear and hunger and loss of property and lives and fruits; and give good news to the patient.” (Al-Baqarah 2:155)

“And be steadfast in patience; for verily Allah will not suffer the reward of the righteous to perish.” (Hud 11:115)

“Say: O my servants who believe! be careful of (your duty to) your Lord; for those who do good in this world is good, and Allah’s earth is spacious; only the patient will be paid back their reward in full without measure!” (Az-Zumar 39:10)

Muslims have been undergoing trials and hardships throughout history. This is especially the case for the Palestinian people who went through great hardships affecting their persons, wealth, homes, and livelihoods.

What is happening to the Palestinian people represents the worst type of oppression, transgression, and tyranny. The shocking thing, though, is that the oppressor is succeeding in covering up his crimes behind the veil of “self-defense” and “the protection of culture.” His tyranny manifests itself in the form of seizing people’s properties and attacking the sacred places: Al-Masjid Al-Aqsa – the first qiblah, the second masjid ever built, and the third in rank of virtue after the two Sacred Mosques of Makkah and Madinah. People’s blood on this blessed land is being spilled, people are being murdered and their bodies mutilated.

The land itself is attacked day and night. They destroy homes and leave the owners homeless suffering in the severely cold weather, sleeping on the hard ground, and having no cover except the clouds in the sky. All they can do is raise their hands to the sky asking the All-Powerful to terminate the aggression that they face.

The aggressors also chop down fruitful trees that decorate and beautify the area with its flowers and leaves.

On top of this, there is a siege around the cities and villages, the intensity of which has astonished almost every decent man who still have a living conscious. Furthermore, the demolishing of various institutions has taken place in order to destroy the infrastructure, which results in the dissolving of the Palestinian identity. All of this happens while the international community and human rights organizations are looking on and the Arabs and Muslims are in shameful silence.

In Islam, Palestine is a land of faith and Muslims must always remember that in reality, this is a battle between belief and disbelief, as in the hadith narrated by Maymoonah bint Sa`d when she asked the Prophet (peace be upon him) about Jerusalem, he said:

“It is the land where humankind will be resurrected and gathered together, seek prayers in it (i.e. Al-Masjid Al-Aqsa) because each prayer in it counts as one thousand in other masjids.” She asked, “What if one cannot reach it or finds difficulty reaching it?” He replied, “Let them send oil to be used in its lanterns as a gift, because the one who sends a gift to it is just like one who prayed in it” (Ahmad and Ibn Majah).

Indeed, the issue of Palestine is a vital one for all Arabs and Muslims. It is their duty to shoulder the responsibility of this historical and doctrinal Islamic place. It is a great trust and an inseparable part of the Muslim land that none has the right to surrender, not even the tiniest portion of it. Muslims are obliged to defend it with all their power. They must regard defending it and its people an incumbent Islamic obligation. Every Muslim will be questioned about his or her efforts and role regarding this on the Day of Judgment, the day when neither wealth nor children will avail, when only he or she who comes with a sound and clean heart (clean from polytheism and hypocrisy) will be successful.

It is a great sin to allow even a hand-span of Muslim land to be occupied by the enemies of Islam, or that their women, wealth, or sacred places be attacked. This being the case, then how great a sin is it that the entire land of Palestine is occupied?

We should support our brothers and sisters in Palestine with money and medicine, and aid them through all legal means. Let us at least show our protest and objection against what is going on. One wonders how it is forbidden to talk about the holocaust in Europe while a holocaust is committed against the Palestinians who have no army, no food, and no medical supplies.

Muslim scholars should come together in condemning these massacres or holocausts and revive the sense of shame in people’s mind against what is going on and awaken them and all free people in the world to stand against it, not only by words but also by action.

When Will Palestine Be Back?

Palestine and Al-Masjid Al-Aqsa will be freed when we put our differences aside, unite together and become true and caring brothers. Defeat is the result of disunity and disagreement between the hearts and unity is the key to victory.

Allah grants victory for His pious slaves; victory will come when Muslims become truthful and sincere to Allah, rely only on Him fully, and supplicate to Him.

It will come when we abandon what some people are uttering that “The only way to salvation is to beg the ‘powerful’ countries.” Allah says:

“And (you will obtain) another (favor) that you love: victory from Allah and an imminent conquest; and give good tidings to the believers” (As-Saff 61:13)

Palestine will be back when we become like our pious predecessors who clung to the blessings of Allah upon them, especially the correct `aqeedah (creed) and the noble manners. They took hold of those prescribed reasons which made them the best of nations ever raised for mankind, and thereby deserved through this, the victory of Allah. He who is unable to change even himself, will not be able to change his family, not to mention changing the Ummah. And Almighty Allah says:

“This is because Allah has never changed a favor which He has conferred upon a people until they change their own condition; and because Allah is Hearing, Knowing.” (Al-Anfal 8: 53 )