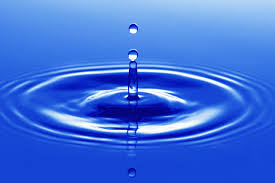 Water has constantly been a common theme in Arabic literature and poetry and has had an impact on the development of Islamic architecture and art.

Water, or H2O, forms the basis of all bodily fluids, including blood, spinal fluid, saliva, and joint lubricant. It makes up two thirds of body weight, regulates the body temperature and without an adequate supply of water humans would die within a few days. Water is essential for maintaining health, personal cleanliness, and general hygiene. Water is also indispensible to agriculture and industry. Clearly, water is a crucial concern for planet earth and its inhabitants. Not surprisingly then, Islam takes the issue of water and its conservation very seriously.

Muhammad, the Prophet of Islam, was born in the Arabian Desert, a place where water has always been a matter for concern. Water has constantly been a common theme in Arabic literature and poetry and has had an impact on the development of Islamic architecture and art. Islamic cities, usually developed around the mosque, made available running water and basins for ablution (washing before prayer), public drinking fountains, and drinking troughs for animals. Such fountains and basins were often decorated with Qur’anic inscriptions, usually verses pertaining to the centrality and sacredness of water in Islam. Qur’an refers to water as the substance that sustains life, and the key agent for purification. He says:

Muslims believe that water is a gift from God and that it is a proof of God’s existence, greatness and His Uniqueness. God calls on us to contemplate the rain, the rivers, and the salty and sweet water; He calls on us to recognize water as a sign of His Bounty. God provides us with the water we need, but could just as easily withhold it.

“[More precisely], is He [not best] who created the heavens and the earth and sent down for you rain from the sky, causing to grow thereby gardens of joyful beauty which you could not [otherwise] have grown the trees thereof? Is there a deity with Allah?  [No], but they are a people who ascribe equals [to Him].” (An-Naml 27:60)

Water is indeed a blessing and a mercy from God and we are obligated to use it wisely and make concerted efforts to keep it free from pollutants. Water in its pure form is clear, colorless, odorless, and has an agreeable taste. It contains only a minute amount of minerals and is free from bacteria, organic pollutants, and parasites. Unfortunately, over the centuries water has become contaminated. Rainwater is infected by air pollution, rivers and streams have become tainted by decaying matter, household garbage, and toxic chemicals and oceans are polluted by refuse and sanitary waste. All over the globe, rivers and seas are no longer viable sources of food, millions of people have no access to clean fresh drinking water, and contaminated water spreads diseases such as typhoid and schistosomaisis.

Polluting stagnant water supplies contaminated with bodily waste is especially dangerous. More than 1400 years ago, Prophet Muhammad warned the people of the dangers of drinking from, or bathing in contaminated water. He prohibited urination and defecation any where near or in a water source,(1)  and pointed out the repugnance of using places where people rest, collect water or clean themselves as a toilet area. This prohibition may be extended to any water pollutants, such as industrial waste, and household rubbish, that may adversely effect human health or endanger the environment, flora, or fauna. God commands us in the Qur’an not to do mischief upon the earth after He has set in order (Al-A`raf 7:85), and denounces those who go about the earth spreading corruption and destroying crops and livestock. (Al-Baqarah 2:205)

Many of the traditions of Prophet Muhammad make it clear that preserving the purity of water is very important. He said, “no one who wakes from sleep must put his hand into any utensil until he has washed it three times, as he does not know what his hand has touched”,(2) and he warned against leaving food and water uncovered overnight. Prophet Muhammad instructed his followers to tie up the mouths of their water skins and to cover their food containers. (Ibn Majah)

Water is a highly valued and precious resource and Islamic law goes into detail to ensure its fair and equitable distribution. There are two fundamental precepts that guide the right to water. The right of thirst establishes the universal right for humankind to quench their thirst and that of their animals, and the right of irrigation giving users the right to water their crops. Various traditions passed down from Prophet Muhammad relate to who has the priority over water and whether or not it can be owned. Some sayings relate to the quantity of water one is allowed to take for drinking or irrigation and yet others prohibit the overuse of water sources even when there is an abundant amount available.

Water is one of the greatest blessings bestowed on humankind. When rain falls and replenishes the parched land the mercy of God can be seen in every droplet. Pure water falling from the sky; but God is all-powerful and can just as easily withhold His blessings. He reminds us of this when He says,

Islam recognizes that human beings are the custodians  of the earth and all that is on it, including vegetation, animals, oceans, rivers, deserts, and fertile land. God provides us with the things we need to survive successfully and flourish, but we are obligated to care for them and preserve them for future generations. Water is one resource that is becoming difficult to protect. Verses from the Qur’an and the traditions of Prophet Muhammad implore us to be mindful of our obligations and to keep the sources of water clean and available to all of humankind.

Aisha Stacey is an Australian revert to Islam. She currently spends her time between Australia and Qatar. Aisha works as a writer at the Fanar Cultural Islamic Centre in Doha, Qatar while studying for an Arts/Psychology degree.