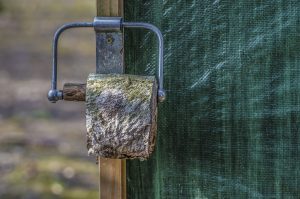 As a child, John Kang thought using toilet paper was disgusting. He much preferred water, in the tradition of his Korean grandparents.

Such was Kang’s obsession that upon reaching adulthood, he outfitted the three bathrooms in his house with remote-controlled bidet toilets and went into business selling the devices. With his father and another partner, Kang designed the Genesis bidet, which they now market to Americans who share a similar approach to bathroom hygiene.

“People have been brainwashed,” said Kang, 32. “From the very beginning, we’ve been taught to go ahead and use toilet paper. It’s very hard to step outside that box.”

But more and more Americans are installing combination bidet toilets that experts say are more sanitary and also add a touch of luxury.

“It’s starting to manifest at the upper level that oftentimes determines taste and acceptance in this country,” said William Bruneau, who wrote “The Bidet Book,” a 90-page guide often referred to as the bible of the bidet industry.

Such practices are nothing new in many corners of the world, from Japan to Morocco to France, where splashing water has long been used instead of toilet paper.

Using water for toilet hygiene has been a tradition among various cultures around the world. Instead of using traditional water cans bidet or toilet with bidet functionality was invented in France in the 1700s, where bidets became often associated with continental Europeans. In 1960, a bidet attachment for toilets made its debut. The first “paperless toilet” appeared in Japan in 1980, which gave the user a thorough wash and dry.

For a long time, such devices were used in the United States solely by the rich and famous, among them movie star Will Smith, who recently bought a fancy model.

But in this age of international travel, more ordinary Americans have been inspired by the bidet toilets that have become the standard in hotels and restaurants from the Far East to the Middle East.

Such products are being marketed here in the lower price range, starting as low as $29 for a simple cold water “jet” fixture. Today’s bidet attachments latch onto normal toilet seats, spraying water and even blow-drying to clean the nether parts of the body. Temperature and air pressure control, heated seats and remote controls drive up the price.

Bruneau says it is only a matter of time until bidets take off in America. “Bidets are a very simple, affordable, hands-off way to stay completely clean,” Bruneau said. “We keep 98 percent of our body fastidiously well-washed and clean, while perpetually going about with soiled and smelly derrieres and private parts.”

Bathroom fixture maker American Standard has yet to offer a combined toilet bidet. But Kohler Co. introduced the C3 toilet seat with bidet functionality last year, at a cost of $1,300.

“There’s a big opportunity for bidets here in the U.S.,” said Shane Allis, Kohler’s senior product manager for toilet seats. “People are looking to have their bathrooms become more of a retreat.” His company aims to give bathroom users the same sense of cleanliness they experience when exiting the shower.

Advocates argue that using toilet paper increases the chances of spreading E. coli bacteria. However, the sanitary advantages of bidets over toilet paper have yet to be studied, said Dr. Charles P. Gerba, a microbiology professor at the University of Arizona who studies bathrooms and toilet hygiene.

“I would hate to see the average person who is just taking interest in doing something about global warming give up before they begin because they feel like they’re being asked to give up toilet paper,” Clinehans said. She deemed recycled toilet paper a more environmentally friendly alternative.

Instead, manufacturers and other experts stress the medical benefits of bidets, saying that in addition to leaving behind some “mess,” paper can be abrasive for people with hemorrhoids. Bidets are also considered more user-friendly for obese people and those with mobility problems.

But toilet habits are a taboo topic in America, and change will take time, Allis said.

“I think we have some cultural hurdles to overcome here in the U.S.,” he said.

Brittany, from Ronkonkoma, N.Y., did not stop to look at the gleaming white Toto Washlet–a toilet with bidet functionality–displayed in a window in Manhattan’s trendy Soho neighbourhood.

“That’s disgusting,” she said when asked about bidets. “This is America, not Europe. You shower every day, so that’s enough.”