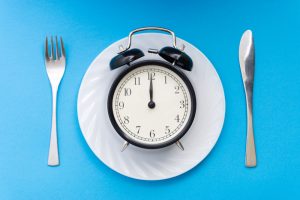 Fasting is the fourth pillar of Islam.

Fasting in the month of Ramadan is one of the pillars of Islam. The Prophet (peace be upon him) said: “Islam is built on five pillars: Giving testimony that there is no god but Allah and Muhammad is the Messenger of Allah, offering the prayer dutifully and perfectly, paying Zakah (obligatory charity), performing Hajj (pilgrimage) to the House. To observe fast during the month of Ramadan.” (Muslim)

1) It is obligatory for all adult conscious and able Muslim male or female resident in his or her own area (not in travel).

2) The non-Muslim does not fast. If he gets the guidance of Allah to the true religion of God and embraces Islam he is not required to make up for the past missed days of fasting.

3) It is not obligatory for small (immature) children, but they should be ordered to fast to habituate themselves to it.

4) Mentally disordered one is not obliged to fast, or compensate it by feeding even he is a matured one.

5) The people who are permanently unable to fast such as aged persons and those who are suffering serious ailment with no hope of recovery are required to feed a poor instead of every day of fast.

6) The sick person who is expecting recovery may break his fast if fasting is difficult for him. He has to make up for the missed days after recovery.

7) Pregnant women and breast-feeding mothers are allowed to break their fast in Ramadan if that is difficult for them or if they fear on their children. They have to make up for the missed days later.

8) The monstrous woman and woman in post-natal bleeding are not allowed to fast during their periods. They are obliged to make up for missed days later.

9) The traveler may either fast or break it and make up for the missed days later. Whether the journey is temporary such as traveling for Umrah or it is always such as the traveling of a taxi or truck driver, in which case he is allowed to fast or break it while he is outside his own locality.

Matters Do Not Spoil Fast

If a fasting person eats or drinks unintentionally or ignorantly or he is forced to do so his fast does not spoil. Allah the Almighty says,

Fasting is spoiled by the following eight things:

3) Eating and drinking whether it is useful or harmful such as smoking.

4) Using injection for nutrition, for it is similar to eating and drinking. Other injections do not break the fast.

5) Injection of blood: If a fasting person suffers from hemorrhage and injected blood to recover his fasting will spoil.

Fasting does not spoil if blood comes out by itself such as bleeding through nasal hemorrhage or bleeding after pulling out tooth.

8) Vomiting deliberately. Unintentional vomiting does not spoil the fast.

1) A person may make his intention of fasting while he is in a state of major ritual impurity. Then, he can take bath after dawn.

2) If menstruation or post-natal bleeding stops during the night, the woman must make her intention for fasting the following day. She may delay ghusl (full bath) until the morning, but she must perform ghusl before the morning prayer.

3) The fasting person may pull out his/her tooth, treat his/her injury or apply eye drops or ear drops. His fasting does not spoil even if he gets test of the drop in his throat.

4) The fasting person may clean his teeth by using stick (miswak) or brush, it is sunnah (recommended) for him throughout the day, either in morning or in afternoon.

5) The fasting person may do what eases the difficulty of hot weather or thirsty. He may use water or air-conditioners to make cool his body.

6) The fasting person is allowed to spray something in his mouth to ease or relieve difficulty of breathing occupying from stress or anything else.

7) It is allowed to rinse the mouth and nose or wet the dried lips by water. It is disliked to exaggerate (that is, use a lot of water and put the water deep into the mouth or nose) while fasting.

8) It is sunnah for the fasting person to break his fast immediately after sunset without delay.

9) It is sunnah for the fasting person to do much of good acts and avoid all kind of prohibited acts.

10) Fasting persons should observe all type of obligatory tasks. He should keep away from prohibited matters. He should perform five times prayers in due time in congregation. He should avoid all type of prohibited or disliked things, such as back biting, telling of lie, cheating or taking interest.

The Prophet (peace be upon him) said: “Whoever does not give up telling lies, giving false statements and all types of bad or evil action Allah is not in need of his leaving food and drink (i.e., his fasting is not accepted to Allah).”

Source: Taken from the author’s “Guidance for Fasting Muslims”