What Are the Commandments of Islam? (Part 1/2) 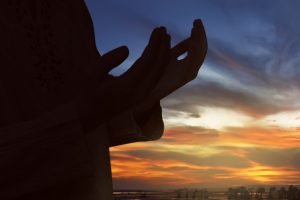 Islam commands one to believe in the Tawheed (oneness of Allah) of Allah.

Islam has guided man to every good and warned them of every evil. Islam commands the following things:

Belief in the Oneness of Allah

1- Islam commands one to believe in the Tawheed (oneness of Allah) of Allah and forbids associating partners with Him (Shirk). Allah says:

Surely Allah does not forgive that anything should be associated with Him, and He forgives what is besides this to whom He pleases; and whoever associates anything with Allah, and he who associates others with Allah has certainly gone far astray. (Quran 4:116)

The Prophet (peace be upon him) said”

“Avoid the seven destructive sins.” They asked, “O Messenger of Allah, what are they?” He replied, “Associating partners (shirk) with Allah, sorcery, killing someone who Allah has forbidden without right, consuming usury, consuming the wealth of orphans, fleeing upon confronting the enemy in battle, and accusing chaste and innocent believing women (of committing immorality).” (Al-Bukhari and Muslim)

2- Islam commands treating others well and forbids false consumption of wealth, such as interest, theft, deception, usurpation of property, and the like. Allah says:

O you who have believed, do not consume one another’s wealth unjustly but only [in lawful] business by mutual consent. And do not kill yourselves [or one another]. Indeed, Allah is to you ever Merciful. (Quran 4:29)

3- Islam commands justice and equity and forbids all types of oppression and transgression against others. Allah says:

Verily, orders justice and good conduct and giving to relatives and forbids immorality and bad conduct and oppression. He admonishes you that perhaps you will be reminded. (Quran 16:90)

4- Islam commands that people cooperate in righteousness, and it forbids that they cooperate in evil. Allah says:

Help you one another in righteousness and piety; and do not help one another in sin and transgression. And fear Allah. Verily, Allah is severe in punishment. (Quran 5:2)

5- Islam commands the preservation of life, and forbids killing and participating in it, except with due right. Allah says:

Because of that, We decreed upon the Children of Israel that whoever kills a soul unless for a soul or for corruption [done] in the land – it is as if he had slain mankind entirely. And whoever saves one – it is as if he had saved mankind entirely. And our messengers had certainly come to them with clear proofs. Then indeed many of them, [even] after that, throughout the land, were transgressors. (Quran 5:32)

And whoever kills a believer intentionally, his recompense is Hell to abide therein, and the Wrath and the Curse of Allah are upon him, and a great punishment is prepared for him. (Quran 4:93)

6- It commands well-treatment of one’s parents and forbids disobedience toward them. Allah says:

And your Lord has decreed that you worship none but Him. And that you be dutiful to your parents. If one of them or both of them attain old age in your life, say not to them the slightest word of disrespect, nor abuse them but address them in terms of honor. And lower unto them the wing of submission and humility through mercy, and say: ‘My Lord! Bestow on them Your Mercy as they did bring me up when I was small.’ (Quran 17:23-24)

Would you then, if you were given the authority, do mischief in the land, and sever your ties of kinship? Such are they whom Allah has cursed, so that He has made them deaf and blinded their sight. (47:22-23)

“One who severs ties of kinship will not enter Jannah.” (Al-Bukhari and Muslim)

“O young men!! Whoever of you is able to get married, let him do so, for it lowers one’s gaze and keeps one chaste. Whoever is not able (to marry), then let him fast, for indeed it acts like a shield for him.” (Al-Bukhari and Muslim)

Islam forbids fornication and homosexuality and all things which lead to it. Allah says:

Say (O Muhammad): My Lord has only forbidden immoralities – what is apparent of them and what is concealed – and sin, and oppression without right, and that you associate with Allah that for which He has not sent down authority, and that you say about Allah that which you do not know. (Quran 7:33)

Protection of the Wealth of Orphans

9- Islam orders the protection of the wealth of orphans and to treat them well, and it forbids consuming their wealth without right. Allah says:

Verily, those who unjustly devour the property of orphans, they devour only a fire into their bellies, and they will be burnt in the blazing Fire. (Quran 4:10)

10- Islam orders that one be truthful in his testimony and forbids that one lie in them (shahadat az-zur). The Prophet said:

“Shall I not tell you the three greatest sins?” They said. “Indeed O Messenger of Allah.” He said, “Associating partners with Allah (shirk) and mistreating your parents.” He was leaning [when he mentioned that], and then he sat up straight (as if he was alarmed) and said, “And bearing false witness.” [The narrator] said, “He continued to repeat this until we said (to ourselves), ‘If only he would stop.’” (Al-Bukhari and Muslim)

11- Islam commands that one fulfill his oaths and forbids that one lie about it, especially al-yameen al ghamus, which means that one intentionally lies in his oath in order to deprive another of his right. Allah says:

Verily, those who exchange the covenant of Allah and their [own] oaths for a small price will have no share in the Hereafter, and Allah will not speak to them or look at them on the Day of Resurrection, nor will He purify them; and they will have a painful punishment. (Quran 3:77)

12- Islam commands humans to take care of themselves and forbids suicide, whether directly or indirectly, such as dealing with intoxicants, cigarettes, and other things which modern medicine has proven to be causes of harmful diseases. Allah says:

And do not kill yourselves [nor  kill one another]. Surely, Allah is Most Merciful to you. And whoever commits that through aggression and injustice, We shall cast him into the Fire, and that is easy for Allah. (Quran 4:29-30) 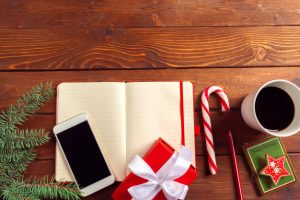 13- Islam commands truthfulness, trustworthiness, and the fulfilling of oaths; and it forbids lying, deception and treachery. Allah says:

O you who believe! Betray not Allah and His Messenger, nor betray your trusts while you know [the consequence]. (Quran 8:27)

14- Islam commands love and unity, and it forbids disassociation and all things which lead to hate and enmity, such as bearing grudges, hatred, and envy. The Prophet said:

“Do not hate each other, do not envy each other, and do not turn your backs on each other (boycott), but instead be true slaves of Allah as brothers. It is impermissible for a Muslim to boycott his brother more than three days.” (Al-Bukhari and Muslim)

And do not make your hand [as] chained to your neck or extend it completely and [thereby] become blamed and insolvent. (Quran 17:29)

16- Islam commands one to be frugal in all matters and forbids wastefulness and the squandering of money uselessly. Allah says:

And give the relative his right, and [also] the poor and the traveler, and do not spend wastefully. Indeed, the wasteful are brothers of the devils, and ever has Satan been to his Lord ungrateful. (Quran 17:26-27)

Allah intends for you ease and He does not want to make things difficult for you… (Quran 2:185)

“Be aware and stay away from extremism in religion, for indeed the only thing which destroyed those before you was extremism in Religion.” (An-Nasa’i and Ibn Majah)

And be moderate in your pace and lower your voice. Indeed, the most disagreeable of sounds is the braying of donkeys. (Quran 31:19)

About arrogance, the Prophet said:

“He who has even a mustard seed’s worth of arrogance in his heart will not enter Jannah.” A person asked, “O Messenger of Allah, a person likes to wear nice clothes and sandals. [Is this arrogance?]” He said, “Indeed Allah is Beautiful and He loves beauty. Arrogance is to reject the truth and to belittle others.” (Muslim)

The Prophet said about self-conceit: “Whoever drags his clothes on the ground out of self-conceit, Allah will not look at him on the Day of Resurrection.” (Al-Bukhari and Muslim)