What Are the Commandments of Islam? (Part 2/2) 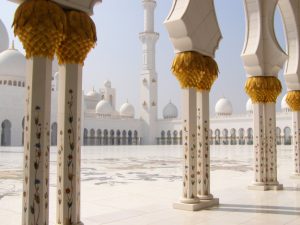 20- Islam forbids Muslims from interfering in affairs which do not concern them. The Prophet said: “Indeed from the good traits of a true Muslim is that he leaves that which does not concern him.” (At-Tirmidhi and Ibn Majah)

21- Islam commands respecting people and forbids debasing them and holding them in contempt. Allah says:

“O you who have believed, let not a people ridicule [another] people; perhaps they may be better than them; nor let women ridicule [other] women; perhaps they may be better than them. And do not insult one another and do not call each other by [offensive] nicknames. Wretched is the name of disobedience after [one’s] faith. And whoever does not repent – then it is those who are the wrongdoers.” (Quran 49:11)

23- Islam prohibits resembling members of the opposite sex. Ibn Abbas said: The Messenger of Allah cursed those men who imitate women and those women who imitate men. (Al-Bukhari)

24- Islam commands that people exert efforts in doing good to others, and it forbids that they remind them of their favors upon them. Allah says: “O you who believe! Do not render in vain your charity by reminders of your generosity or by injury.”(Quran 2:264)

25- Islam commands thinking good about others, and it forbids suspicion and backbiting. Allah says: “O you who have believed, avoid much [negative] assumption. Indeed, some assumption is sin. And do not spy or backbite each other. Would one of you like to eat the flesh of his brother when dead? You would detest it. And fear Allah; indeed, Allah is Accepting of repentance and Merciful.” (Quran 49:12)

26- Islam commands that one guards his tongue from all evil talk, and that he uses it for good and beneficial things which would benefit himself and his society; such as remembering Allah, and reconciliation between people. Likewise, it forbids the individual to use it in evil.

“Are people thrown into the Hellfire on their faces or noses except for what their tongues have reaped?” (At-Tirmidhi and Ibn Majah)

28- Islam commands that one seeks righteous companions and forbids that one seek evil companions. The Prophet said: “The example of a righteous and evil companion is like one who carries perfume and another who is a blacksmith. As for the one who carries perfume, he will either give you some perfume, you might buy some, or [at least] you will find a pleasing scent whilst with him. As for the blacksmith, either he will burn your clothes, or you will find a hideous odor from him.” (Al-Bukhari and Muslim)

29- Islam orders people to settle their disputes and prohibits anything which leads to enmity and hatred. Allah says:

“No good is there in much of their private conversation, except for those who enjoin charity or that which is right or conciliation between people. And whoever does that seeking means to the approval of Allah – then We are going to give him a great reward.” Quran 4:114) 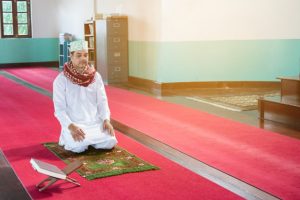 30– Islam orders that people be sincere to each other [by giving good advice] and forbids that advice be withheld when it is sought. The Prophet said: “The religion is sincerity and advice.” We asked, “To whom?” He replied, “[Sincerity] to Allah, to His Book, to His Messenger, and [sincere advice] to the leaders of the Muslims and their general folk.” (Muslim)

31- Islam orders people to help relieve the worries of others around them, to give them respite (in paying back debts) and to conceal their faults. The Prophet said: “Whoever relieves some worry of a believer, Allah will relieve a worry of his on the Day of Judgment. Whoever makes things easy for one in times of hardship [by giving respite to one who is not able to pay back a debt] Allah will make things easy upon him in this life and the next. And whoever conceals the faults of a Muslim, Allah will conceal his faults in this life and in the Hereafter. Allah helps his slave as long as he helps his brother.” (Muslim)
32- Islam orders one to have patience and fortitude in times of hardships, and forbids that one become worried and discontent. Allah says:

“And certainly, We will surely test you with something of fear and hunger and a loss of wealth and lives and fruits, but give good tidings to the patient. Who, when disaster strikes them, say, ‘Indeed we belong to Allah, and indeed to Him we will return.’ Those are the ones upon whom are blessings from their Lord and mercy. And it is those who are the [rightly] guided.” (Quran 2:155-157)

33- Islam orders one to forgive, pardon, and turn away from one who does evil to him, and forbids that one seek revenge and retribution. Allah says:

“And hasten to forgiveness from your Lord and a garden as wide as the heavens and earth, prepared for the righteous. Who spend [in the cause of Allah] during ease and hardship and who restrain anger and who pardon the people – and Allah loves the doers of good.” (Quran 3:133-134)

34- Islam commands mercy and it forbids cold-heartedness. The Prophet said: “Allah shows mercy to those who show mercy. Show mercy to those on earth, and Allah will be merciful to you.” (Abu Dawood and At-Tirmidhi)

“Repel [evil] by that [deed] which is better; and thereupon the one whom between you and him is enmity [will become] as though he was a devoted friend.” (Quran 41:34)

37- Islam commands the spreading of knowledge and forbids concealing it. The Prophet said: “Whoever was asked about knowledge but conceals it, he will be brought on the Day of Resurrection muzzled with the leashes of Hellfire.” (Abu Dawood and At-Tirmidhi)