What Are the Essentials of Islam? (Part 2) 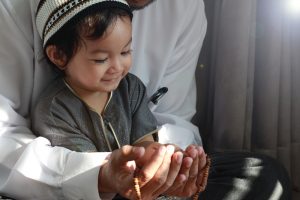 Man manifests the fact that he is the vicegerent of God on Earth.

Click here to read Part One of the essentials of Islam.

Man as the Representative of God on Earth

According to Islam, when faith, action and realization are in perfect harmony, Man manifests the fact that he is the vicegerent of God on Earth. Though Man derives everything from Allah, he is the most complete manifestation of the attributes of Allah and as such he is Allah’s representative on Earth.

The entire creation is potentially under his dominion. Therefore, Islam does not set any limit to Man’s knowledge, authority and power except the fundamental limit that they are all derived and hence Man is not self-sufficient.

Allah may take away his power whenever He wishes. Islam, therefore, teaches the sanctity of human personality, confers equal rights on all without any distinction of colour, sex or language and subjects the highest and the humblest, the richest and the poorest, the king and the commoner to the sovereignty of Allah.

At the same time, Islam gives Man the highest imaginable initiative to proceed in the path of self-realization, hence the wielding of God’s authority on the Creation.

God, Prophethood, the Quran and the Sunnah

1- believe that God is One, Omniscient and Omnipresent; He begetteth not, nor is He begotten;

2- believe further that Man is the vicegerent of God on Earth and has freedom of choice;

3- believe also that as he has freedom of choice he may go astray and therefore needs guidance from time to time so that he may know how to realize his own true greatness and that is why God sent His messengers from Adam to Muhammad (peace be on them) and completed this process during the life of Muhammad (peace be on him);

4- act on this message which is preserved in purity without any adulteration in the Quran which asks Man to follow the Prophet (peace be on him) as his supreme ideal;

5- know and act upon that ideal preserved in collection of sayings of the Prophet (peace be on him) and the reports of his actions – the Sunnah or the traditions of the Prophet.

Islam and Other Religions

Islam does not deny Truth to other religions but says that later followers adulterated that Truth by their own inventions and that was why God sent the Prophet Muhammad (peace be on him) to purify God’s religion.

Each religion manifests some aspect of the same Truth, but the emphasis may differ according to the need of Man of that period or age or race.

Islam is the religion for all and as it is the most comprehensive manifestation of that Truth, it provides a complete way and a perfect equilibrium.

Muhammad (peace be on him) was the descendant of the other son of Ibrahim (Abraham), Isma‘il (Ishmael) (peace be upon him).

But, as the Quran clearly states that there is not a single human habitation on the face of this earth where a Prophet has not emerged and where God has not sent His messenger to guide people, a Muslim cannot deny Truth to religions not belonging to this tradition. All that Islam can point out is the adulteration of that Truth, the mixing up of the Word of God and the word of man, its non-preservation in its original form.

Source: This article is taken from the book of Islam: Its Meaning and Message, edited by Khurshid Ahmad, and published by the Islamic Foundation, third edition, 1999.