What Are the Rights of Older Persons in Islam? 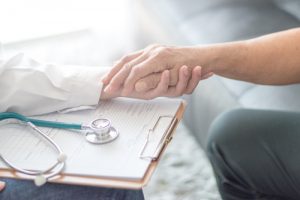 Prophet Muhammad urged the youth to take care of the elderly.

The world is witnessing a shift in the way older persons are treated. The United Nations declared the ninth decade of the last century to be the decade of older persons. In 1983, the World Health Organization adopted the slogan of ” Let’s Add Life to Our Age”. In 2002, a United Nation’s conference drafted a plan to solve the problems of the elderly in different countries.

The Prophet of Islam, Muhammad (peace be upon him) outlined the guidelines of how we should treat the older persons.

These principles are based on human aspects irrespective of the elderly’s religion, colour or race.

Let’s have a look in the following lines at how Islam cares for the older persons in their international day, October 1.

Prophet Muhammad urged the youth to take care of the elderly. He is reported to have said:

“No young person honors an elder due to his age, except that Allah appoints for him one who will honor him at that age.” (At-Tirmidhi)

The Prophet said: “an elder” not a Muslim or an Arab elder. We are to care for all the elders.

A Muslim should be kind to all children and all the elderly whether they are Muslims or non-Muslims.

It was narrated from Jubair ibn Nufair Al-Hadrami that he heard Abu Ad-Darda saying:

“I heard the Messenger of Allah (peace be upon him) say: ‘Bring me the weak, for you only receive provision and Divine support by virtue of your weak ones.’” (An-Nasa’i)

By the weak, the Prophet means those who are of old age.

Abu Hurairah reported that the Prophet (peace be upon him) said, “Anyone who does not show mercy to our children nor acknowledge the right of our old people is not one of us.” (Al-Adab al-Mufrad)

In this hadith, the Prophet declared that one does not belong to the Muslim community if he does not show mercy the children and the older persons.

The Messenger of Allah (peace be upon him) was using the tooth-stick, when two men, one older than the other, were with him. A revelation came to him about the merit of using the tooth-stick. He was asked to show proper respect and give it to the elder of the two. (Abu Dawud)

I came to the Prophet (peace be upon him) with some men from my tribe and stayed with him for twenty nights. He was kind and merciful to us. When he realized our longing for our families, he said to us, “Go back and stay with your families and teach them the religion, and offer the prayer and one of you should pronounce the Adhan for the prayer when its time is due and the oldest one amongst you should lead the prayer.” (Al-Bukhari)

In our daily conversions, older persons are given priority to start the conversation.

Sahl ibn Abu Hathma and Rafi ibn Khadij reported that Muhayyisa ibn Masud and Abdullah ibn Sahl went towards Khaibar and they separated near the palm-trees. Abdullah ibn Sahl was killed. They accused the Jews (for this act). And there came to Allah’s Messenger (peace be upon him) his brother (the brother of the slain person) Abd al-Rahman and his cousins Huwayyisa and Muhayyisa; and Abd al-Rahman talked to him about the matter pertaining to (the murder of) his brother, and he was the youngest among them. Thereupon Allah’s Messenger said: “Show regard for the greatness of the old, or he said: Let the eldest begin speaking.” (Al-Bukhari)

When it comes to the rulings of the Islamic law (Shari`ah) older persons have specific rulings that consider their health conditions. For example, an old person who cannot fast because of his health conditions, is allowed to break the fast and is required to feed a poor person for each day he missed.

An old person who cannot offer the prayer standing is allowed to pray while sitting or lying down.

An old person who cannot perform hajj can send someone to perform hajj on his behalf. It was narrated from Abdullah bin ‘Abbas that: a man asked the Prophet “The command of ) Hajj has come while my father is an old man and cannot sit firmly in his saddle; if I tie him (to the saddle) I fear that he will die. Can I perform Hajj on his behalf?” He said: “don’t you think that if your father owed a debt and you paid it off, that would be good enough?” He said: “Yes.” He said: “Then perform Hajj on behalf of your father. ” (An-Nasa’i)

At war time, the Prophet gave clear instructions to Muslims not to kill women, children and old persons. Anas ibn Malik narrated that the Prophet (peace be upon him) said: “Go in Allah’s name, trusting in Allah, and adhering to the religion of Allah’s Messenger. Do not kill a decrepit old man, or a young infant, or a child, or a woman; do not be dishonest about booty, but collect your spoils, do right and act well, for Allah loves those who do well.” (Abu Dawud)

These are just few guidelines on how Islam cares for the older persons. So always show respect to your elders.