What Does God Say Suicide? 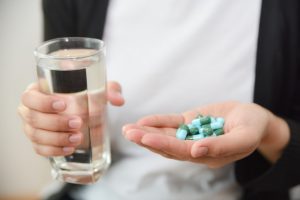 Anyone who kills himself is committing a major sin.

On the Authority of Jundub ibn Abdullah (may Allah be pleased with him) that the Prophet (peace be upon him) said:

“Amongst the nations before you there was a man who got a wound, and growing impatient (with its pain), he took a knife and cut his hand with it and the blood did not stop till he died. Allah said, ‘My Slave hurried to bring death upon himself so I have forbidden him (to enter) Paradise.’” (Al-Bukhari)

The last part of this narration is termed as hadith qudsi (Divine Hadith). The wording of this type of hadith is attributed to God the Almighty.

For the gravity of suicide, God responded by Himself and said these words: ‘My Slave hurried to bring death upon himself so I have forbidden him (to enter) Paradise.’

Anyone who kills himself is committing a major sin and a severe punishment is waiting for him in the Hereafter. Anyone who commits suicide will not enter Paradise according to this hadith.

Your soul is a trust from God to you do not have the right to end your life by yourself.

About the consequences of the heinous crime of suicide, the Prophet (peace be upon him):