What is Islam, and How Is It Different from Any Other Religion?

Allah sent His Messenger Muhammad (peace be upon him) with a religion to complete all religions and He made it a judge over them and a nullifier of their commandments. Allah has guaranteed that He would preserve this religion from all corruption and alteration and he described it as the ‘Straight Path‘ all humans naturally incline to it. 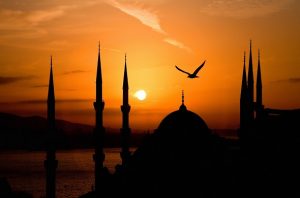 Islam is complete submission to Allah the Exalted through Tawheed.

Whoever walks on it will be safeguarded in this world and the Hereafter and whoever turns away from it and walks on another path will be misguided and in ruin because opposing it means that a human being contradicts the natural disposition which Allah has created him upon. Allah said:

So direct your face towards the religion, inclining to truth and turning away from all that is false, in accordance with the natural disposition which God has instilled into man. No change should there be in the creation of Allah. That is the correct religion, but most people do not know. (Ar-Rum 30:30)

There is no religion on the face of the earth except that it traces its origin to a person or a nation. So we find that Jews trace themselves back to Judah, Christians back to Christ (peace be upon him), Buddhists back to Buddha, and similarly all other religions.

However, Islam traces its origin back to a special quality that is synonymous with subservience, obedience and the implementation of all commandments that were set by Allah; Islam means the total submission to Him alone. Allah called his religion Islam because the Muslim is required to submit to the belief that Allah alone is worthy of worship and that His commandments and prohibitions must be upheld without the least bit of hesitation or resistance.

From this word “Islam” it becomes clear that this religion is not the product of any human being, nor is it specific to a particular nation, and its only goal is that all of humankind possesses this quality that is unique to Islam only.

Furthermore, the specific understanding of Islam as the religion brought to us through the Prophet Mohammed (peace be upon him) does not depart from this characteristic which includes the term ‘Islam’; for indeed his call was based on bringing humankind out from the worship of creation, whims, and desires to the worship and submission to Allah the Exalted, and to the compliance and obedience to everything He enjoined and avoidance of everything He forbade.

Therefore, Islam is complete submission to Allah the Exalted through Tawheed (Belief in the Oneness of Allah) and following Him through obedience until love for Him is firmly fixed in the heart of the Muslim; and it is the purification and clearing of the heart of any form of ascribing partners to Him or disbelief in any of its forms until its impurities are completely removed from the heart of the Muslim; as the Prophet Mohammed (peace be upon him) guided us to when he said:

The article is excerpted from the book “A Beneficial Summary of Rulings for New Muslim”, published by The Ministry of Endowments & Islamic Affairs, Kuwait- 2nd Edition 1436/2015.