What Is the Message of Islam? 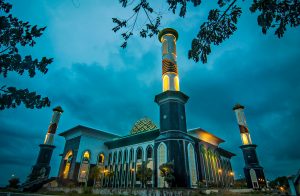 The message of Islam involves the belief in all the messengers of God.

From the time of Adam, God (Allah) the Creator assigned the most righteous person as a prophet to a particular society to guide mankind. The Creator’s message is to believe in Him and worship Him alone.

Whenever people slipped into moral decline by worshiping other things or humans with  Him, He would send a prophet to remind them of this pure message, and that was always after an earlier prophets’ message become corrupted and adulterated.

This is the message of Islam which was started with Prophet Adam (peace be upon him).

Islam is a religion that is based on the belief in One God (the Creator) and the worship of Him alone without any intermediary, and the belief of the Prophet Muhammad (peace be upon him) who is the final Messenger of God.

In Islam, Prophet Muhammad’s teachings must be followed. These teachings include:

1- Performing the ritualistic prayers to keep the connection with the Creator.

3- Giving obligatory charity to the poor people to keep economic balance in society, purify the wealth, and revive the economy.

4- Performing the pilgrimage to Makkah to symbolize the unity of all believers regardless of their classes, backgrounds, cultures, or languages.

The message of Islam involves the belief in all the messengers of God, those who were sent to different people in different eras without differentiating between any of them. Denial of one of God’s prophets violates Islam. This establishes a very strong common bond with people of other faiths. We read in the Quran what means:

The Messenger has believed in what was revealed to him from his Lord, and [so have] the believers. All of them have believed in God (The Creator) and His angels and His books and His messengers, [saying], we make no distinction between any of His messengers. And they say, we hear and we obey. [We seek] Your forgiveness, our Lord, and to You is the [final] destination. (Al-Baqarah 2:285)

The message of Islam preserves human values​​, principles of human’s dignity, and teaches us that people are equal in rights and duties. It calls to peace and justice through comprehensive security, social solidarity, good-neighborliness, preservation of money and properties, the fulfillment of covenants and other principles.  This is another common denominator with the followers of other religions and shows that the origin of the divine religions is one.

While many of the prophets and messengers that God has sent to different nations are mentioned by name in the Qur’an (i.e. Jesus, Moses, Abraham, Noah, David, Solomon, Ismail, Isaac, Joseph, etc.), others are not mentioned.

Therefore, the possibility that other famous religious teachers such as the Hindu Lords Rama, Krishna, and Gautama Buddha were prophets of God cannot be out rightly negated.We read in the Quran what means:

The message of Islam emphasizes that the approach to call others to God should be through a gentle respectful approach. We read in the Quran what means:

The message of Islam rejects rancor and violence in guidance and expression. We read in the Quran what means:

O by mercy from God, [O Muhammad], you were lenient with them. And if you had been rude [in speech] and harsh in heart, they would have disbanded from about you. So, pardon them and ask forgiveness for them and consult them in the matter. And when you have decided, then rely upon God. Indeed, God loves those who rely [upon Him]. (Aal `Imran 3:159)

Islam’s ultimate goal is to spread mercy and lead all people to the righteous path. We read in the Quran what means:

The message of Islam enjoins people to respect covenants and to avoid prohibitions, treachery and betrayal. We read in the Quran what means:

And fulfill the covenant of God when you have taken it, [O believers], and do not break oaths after their confirmation while you have made God, over you, a witness. Indeed, God knows what you do. (An-Nahl 16:91)

The message of Islam values life, fighting non-combatants is not allowed. Their properties, children and women should be protected. We read in the Quran what means:

The message of Islam covers all aspects of human behavior, and builds strong nations and great civilizations.  Throughout its history, Islam has established the foundations for science and thoughts. Islam encouraged the participation of non-Muslims in its achievements and thus scored a record in tolerance and respect for humanity.

The message of Islam has a great role in developing the intellectual and cultural life on a scale that was not achieved by other religions. Islam had the greatest civilization in  the world for around eight hundred years, which people of many different backgrounds were involved, and where Arabic language was the most intellectual language. The civilization of Islam succeeded in presenting the mind and thought.

The relationship between Muslims and non-Muslims is based on peace. We read in the Quran what means:

God does not forbid you to be kind and to act justly to those who have neither made war on your Religion nor expelled you from your homes. God loves the just. (Al-Mumtahanah 60:8)

Fight in the way of God those who fight against you, but do not aggress. God does not love the aggressors. (Al-Baqarah 2:190)

The real Muslim denounces the contemporary concept of terrorism, represented in the violation on human life in the form of aggression against the rules of God and intimidate the civilians, wounded, prisoners, and the use of immoral means to destroy the urbanization of the cities. We read in the Quran what means: