Where Did the Word Christianity Come from?

Where Did the Word Christianity Come from?

Given the fact that there has never been in the history of the Torah (Old Testament) for the religion of God to be named after a Prophet (i.e., Adamanity, Abrahamity, Mosanity, etc.), I hope to explain that Jesus did not preach the religion of Christianity, but a religion that gives all Praise and Worship to The One God. 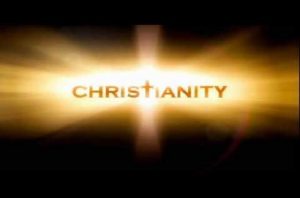 The word Christian was first mentioned by a pagan to describe those who followed Jesus.

The word Christian was first mentioned by a pagan to describe those who followed Jesus. It is mentioned one of three times in the New Testament by a pagan and Jews in Antioch about 43 A.D., (Acts 11 :26, Acts 26:28 and 1 Peter 4:16) long after Jesus had left this earth.

“…and when he found him, he brought him to Antioch. So for a whole year Barnabas and Saul met with the church and taught great numbers of people. The disciples were called Christians first at Antioch.” (Acts 11:26)

To accept the words of pagans as having any value or association with divinity, Jesus or God is contrary to the teachings of all prophets.

Jesus prophesied that people will worship him uselessly and believe in doctrines made by men (Matthew 15:9):

“But in vain they do worship me, teaching for doctrines the commandments of men.” (Matthew 15:9)

This verse, Matthew 15:9, is further supported by these words of the Qur’an:

And behold! Allah will say: ‘0 Jesus, son of Mary, did you say unto men, ‘Take me and my mother for two gods beside Allah?” He (Jesus) will say: “Glory to You! Never could I say what I had no right. Had I said such a thing You would indeed have known it. You know what is in my heart, though I know not what is in Yours. For You know in full all that is hidden. Never said I to aught except what You did command me to say, to wit, “Worship Allah, my Lord and your Lord’: And I was a witness over them whilst I dwelt amongst them; when You did take me up You was the Watcher over them, and You are a witness to all things. (Al-Ma’idah 5:116 -117)

“By myself I can do nothing; I judge only as I hear, and my judgment is just, for I seek not to please myself but him who sent me.” (John 5:30)

For I did not speak on my own, but the Father who sent me commanded me to say all that I have spoken. (John 12:49)

“I am the Lord: that is my name: and my glory will I not give to another, neither my praise to graven images.” (Isaiah 42:8)

“Fellow Israelites, listen to this: Jesus of Nazareth was a man accredited by God to you by miracles, wonders and signs, which God did among you through him, as you yourselves know.” (Acts 2:22)

Before leaving the subject of Christianity, I should mention one small, but significant, point of observation.

If Christians are “Christ-like,” why are they not greeting each other with the words; Peace Be With You (Salamu `Alaykum), as Jesus did in Luke 24:36. As you may be aware, the greeting from one Muslim to another Muslim is Assalamu `Alaykum; a Christ-like saying.

The article is an excerpt from the eBook “The Bible led me to Islam” by Abdul Malik (M. J.) LeBlanc, endorsed by Sheikh Ahmed Deedat