Whoever Relieves a Believer! 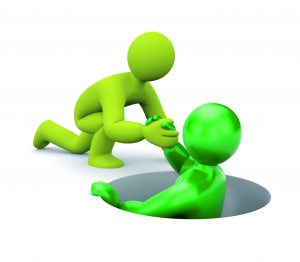 I like to have such a good trade with Allah the Almighty; I like to help her without hurting her feelings or breaking her heart out of humility!

On a bright sunny day, a man entered a grocery store to buy some stuff for his adorable wife and lovely kids.

The man asked the seller: How much does 1 kg of bananas cost?

When the man asked about the price of apples, the answer by the seller was: It is 10 Riyals for 1 kg.

While the man was waiting for his order to be prepared, a woman entered the store. She seemed to be known to the seller as she lives in the local neighborhood.

The woman asked the seller about the price of bananas.

The seller responded: It is 2 Riyals for 1 kg of bananas, and 2 for 1 kg of apples as well!

The woman sighed deeply and said in a rather low voice that could hardly be heard, “Alhamdulillah” (i.e., All Praise is due to Allah).

The man gave the seller angry looks; his eyes turned red, and he felt he would burst with anger!

However, the seller noticed him and quickly gave him a wink and said, “Would you please wait for a moment?!”

The seller gave the woman 1 kg of bananas and another kg of apples to the woman for 4 Riyals.

The seller turned to the man and said, “By Allah, I am neither cheating nor deceiving you! It is only that this woman has four kids whose father has passed away. He left them nothing, absolutely nothing! They are poor though very chaste and self-dignified. She refuses to accept any sort of assistance from anyone. And, what I have just done was the only way I could have ever thought of as an indirect way to give her a hand. I give her what she needs at a lower price. In such a way, I do not hurt her feelings and let her feel she does not need anything from anyone!

“I really like to do this!”, said the seller. “I like to have such a good trade with Allah the Almighty; I like to help her without hurting her feelings or breaking her heart out of humility!”

“You know! This woman comes to my store once a week only. By Allah, the day she comes in to buy something I earn much more than I do on any other day. I feel like that Allah, the All-Merciful, provides for me rizq (i.e. plentiful blessed sustenance) from where I do not expect!” said the seller to the man who could not hold back his tears.

Respectfully, the man kissed the seller’s head; thanked him, and invoked Allah the Almighty to bless him always.

When you console someone who is unhappy or suffering and relieve his burdens and pains, Allah, the All-Merciful, will not leave you alone. He, Glory be His, will console you when you are in a desperate situation; He will make you happy when sadness is all around; He will relieve your excruciating agonies when you are in need!

Consoling others and relieving them in times of hardship have a good feeling that is unknown except for those who have tried it!

On the authority of Abu Hurairah (may Allah be pleased with him) from the Prophet (peace and blessings of Allah be upon him) who said, “Whoever relieves a believer’s distress of the distressful aspects of this world, Allah will rescue him from a difficulty of the difficulties of the Hereafter. Whoever alleviates [the situation of] one in dire straits who cannot repay his debt, Allah will alleviate his lot in both this world and in the Hereafter. Whoever conceals [the faults of] a Muslim, Allah will conceal [his faults] in this life and the Hereafter. Allah is helping the servant as long as the servant is helping his brother” (Compiled by Imam Muslim in his Sahih).

“And if the debtor is in straitened circumstances, then grant him time until it is easy for him to repay. But if you remit it [the debt] by way of charity, that is better for you if you did but know. And be afraid of the Day when you shall be brought back to Allah. Then every person shall be paid what he earned, and they shall not be dealt with unjustly” (Al-Baqarah 2: 280-281).