Why Are Muslim Men Polygamists?

Muslims are often accused of being polygamists and promiscuous because polygamy is legal in Islam.

1- Islam did not introduce polygamy. Unrestricted polygamy is practiced in most human societies throughout the world in every age. Islam regulated polygamy by limiting the number of wives and establishing responsibility in its practice. 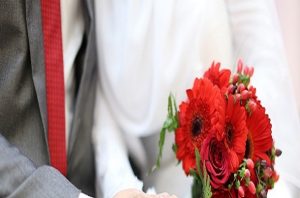 Muslims are often accused of being promiscuous because polygamy is legal in Islam.

2- Monogamy of the West inherited from Greece and Rome where men were restricted by law to one wife but were free to have as many mistresses among the majority slave population as they wished. In the West today, most married men have extramarital relations with mistresses, girlfriends and prostitutes. Consequently the Western claim to monogamy is false.

3- Monogamy is illogical. If a man wishes to have a second wife whom he takes care of and whose children carry his name and he provides for he is considered a criminal, bigamist, who may be sentenced to years in jail. However, if he has numerous mistresses and illegitimate children, his relation is considered legal.

The surplus is a result of men dying in wars, violent crimes and women outliving men. (2 According to the Center for Health Statistics, American women today can expect to live to be 77.9 years old, while men can only expect to live to 70.3.)

The upsurge in homosexuality further increases the problem. If systems do not cater to the need of surplus women, it will result in corruption in society.

Example, Germany after World War II, when suggestions to legalize polygamy were rejected by the Church, what resulted in the legalization of prostitution. German prostitutes are considered as workers like any other profession. They receive health benefits and pay taxes like any other citizen.

Furthermore, the rate of marriage has been steadily declining as each succeeding generation finds the institution of marriage more and more irrelevant.

5- Western anthropologists argue that polygamy is a genetic trait by which the strongest genes of the generation are passed on. Example, the lion king, the strongest of the pack, monopolizes the females thereby insuring that the next generation of lion cubs will be his offspring.

6- Institutional polygamy prevents the spread of diseases like Herpes and AIDS. Such venereal diseases spread in promiscuous societies where extra-marital affairs abound.

7- Polygamy protects the interests of women and children in society. Men, in Western society make the laws. They prefer to keep polygamy illegal because it absolves them of responsibility. Legalized polygamy would require them to spend on their additional wives and their offspring. Monogamy allows them to enjoy extra-marital affairs without economic consequence.

Although the majority of men would like to have more than one wife, they cannot afford the expense of maintaining more than one family. Even those who are financially capable of looking after additional families are often reluctant due to the psychological burdens of handling more than one wife. The family problems and marital disputes are multiplied in plural marriages.

9- Conditions have been added for polygamy in many Muslim countries. For example, in Egypt, the permission of the first wife must first be obtained. This and similar conditions are a result of colonial domination. No woman in her right mind will give her husband permission to take a second wife. Such a condition, in fact, negates the permission given by God in the Qur’an.

10- Others have accepted polygamy on condition that it not be for “lust”. That is, if the wife is ill, or unable to bear children, or unable to fulfill the husband’s sexual needs, etc., taking a second wife is acceptable. Otherwise, it becomes “lust” on the husband’s part and is consequently not acceptable. The reality is that “lust” was involved in the marriage of the first wife. Why is it acceptable in the case of the first and not the second?

As has already been pointed out, men are polygamous by nature. To try to curb it by such conditions will only lead to corruption in society.

11- Feminists may object to this male right by insisting that women should also be able to practice polygamy. However, a woman marrying four husbands would only increase the problem of surplus women. Furthermore, no child would accept his or her mother identifying the father by counting rhyme.

12- The question which remains is, “If God is good and wishes good for His creatures, why did He legislate something which would be harmful to most women?”

Divine legislation looks at the society as a whole seeking to maximize benefit. If a certain legislation benefits the majority of the society and causes some emotional harm to a minority, the general welfare of society is given precedence.