Women and Inheritance in Islam

What inheritance rights does Islam give to women? Why under Islamic law does the male inherit twice as much as the female? 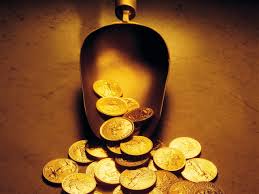 In Islam a woman has no financial obligation and the economical responsibility lies on the shoulders of the man.

Under Islamic law, why is a woman’s share of the inherited wealth only half that of a man?

The Qur’an contains specific and detailed guidance regarding the division of the inherited wealth, among the rightful beneficiaries.

The Qur’anic verses that contain guidance regarding inheritance are:

It is prescribed, when death approaches any of you, if he leave any goods that he make a bequest to parents and next of kin, according to reasonable usage; this is due from the Allah-fearing. (Al-Baqarah 2:180)

Those of you who die and leave widows should bequeath for their widows a year’s maintenance and residence; but if they leave (The residence), there is no blame on you for what they do with themselves, provided it is reasonable. And Allah is Exalted in Power, Wise. (Al-Baqarah 2:240)

From what is left by parents and those nearest related there is a share for men and a share for women, whether the property be small or large,-a determinate share. But if at the time of division other relatives, or orphans or poor, are present, feed them out of the (property), and speak to them words of kindness and justice. Let those (disposing of an estate) have the same fear in their minds as they would have for their own if they had left a helpless family behind: Let them fear Allah, and speak words of appropriate (comfort). (An-Nisaa’ 4:7-9)

O you who believe! You are forbidden to inherit women against their will. Nor should you treat them with harshness, that you may take away part of the dower you have given them,-except where they have been guilty of open lewdness; on the contrary live with them on a footing of kindness and equity. If you take a dislike to them it may be that you dislike a thing, and Allah brings about through it a great deal of good. (An-Nisaa’ 4:19)

To (benefit) every one, We have appointed shares and heirs to property left by parents and relatives. To those, also, to whom your right hand was pledged, give their due portion. For truly Allah is witness to all things. (An-Nisaa’ 4:30)

There are three verses in the Qur’an that broadly describe the share of close relatives:

Allah (thus) directs you as regards your children’s (inheritance): to the male, a portion equal to that of two females, if only daughters, two or more, their share is two-thirds of the inheritance; If only one, her share is a half. For parents, a sixth share of the inheritance to each, if the deceased left children; If no children, and the parents are the (only) heirs, the mother has a third; if the deceased left brothers (or sisters) the mother has a sixth. (The distribution in all cases is) after the payment of legacies and debts. You know not whether your parents or your children are nearest to you in benefit. These are settled portions ordained by Allah; and Allah is All-Knowing, All-Wise. (An-Nisaa’ 4:11)

They ask thee for a legal decision. Say: Allah directs (them) about those who leave no descendants or ascendants as heirs. If it is a man that dies, leaving a sister but no child, she shall have half the inheritance. If (such a deceased was) a woman who left no child, Her brother takes her inheritance. If there are two sisters, they shall have two thirds of the inheritance (between them). If there are brothers and sisters, (they share), the male having twice the share of the female. Thus doth Allah makes clear to you (His knowledge of all things). (An-Nisaa’ 4:176)

In most of the cases, a woman inherits half of what her male counterpart inherits. However, this is not always the case. In case the deceased has left no ascendant or descendant but has left the uterine brother and sister, each of the two inherits one sixth. If the deceased has left children, both the parents that are mother and father get an equal share and inherit one sixth each.

It is true that as a general rule, in most cases, the female inherits a share that is half that of the male. For instance in the following cases:

1. Daughter inherits half of what the son inherits,

2. Wife inherits 1/8th and husband 1/4th if the deceased has no children

3. Wife inherits 1/4th and husband 1/2 if the deceased has children

4. If the deceased has no ascendant or descendent, the sister inherits a share that is half that of the brother.

Islam holds the man financially responsible for fulfilling the needs of his family. In order to do be able to fulfill the responsibility the men get double the share of the inheritance. For example, if a man dies leaving about Rs. one hundred and fifty thousand, for the children (i.e. one son and one daughter) the son inherits one hundred thousand rupees and the daughter only fifty thousand rupees.

Out of the one hundred thousand which the son inherits, as his duty towards his family, he may have to spend on them almost the entire amount or say about eighty thousand and thus he has a small percentage of inheritance, say about twenty thousand, left for himself.

Taken with kind permission from www.irf.net.