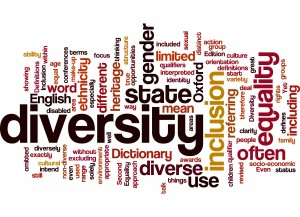 Now we can say “Senebty” which means “Good Bye” in the Ancient Egyptian Language, the endangered mother language of nearly 70 million ethnic Egyptians in the world.

Every year since 2000, the world commemorates the International Mother Language Day on Feb 21st to promote awareness of linguistic and cultural diversity and multilingualism.

Human beings celebrate the useful and beneficial variety of their ancestral and cultural backgrounds which Allah has created for the wellbeing of humankind and for the improvement of our lives. Muslims believe that these ethnic assortments were created by God for the development of humanity and not to stimulate hatred or detachment between the offspring of Adam.

“O mankind, indeed We have created you from male and female and made you peoples and tribes that you may know one another. Indeed, the most noble of you in the sight of Allah is the most righteous of you. Indeed, Allah is Knowing and Acquainted.” (Al-Hujurat 49:13)

On the International Mother Language Day the UN’s Educational, Scientific and Cultural Organization (UNESCO) and UN agencies participate in events that promote linguistic and cultural diversity. They also encourage people to maintain their knowledge of their mother language while learning and using more than one language. Governments and non-governmental organizations may use the day to announce policies to encourage language learning and support.

The United Nations General Assembly promotes the preservation and protection of all languages used by peoples of the world. Languages which are one of the most important graces God has gifted to humankind are the living spirits of ancestors and the pillars of civilization and human culture. The vocabulary and synonyms of any language are considered to be the museum of the culture and the daily life of individuals using that tongue.

For example Linguistic Anthropologists found that Eskimos have a big number of synonyms for ice and snow because of its abundance in their environment and the dominance of its usage in their daily life. While on the other side, some arid desert communities were found to lack any terminology for snow in their language.

Science Behind Our Multilingualism

Allah the Lord of All created human beings aka scientifically the “Homo sapiens sapiens” as creatures with the ability to be multilingual. This capability is generated through the miraculous anatomical structure of our sophisticated machines called Brains which are created by God.

One area in the STG was found to be responsible for some linguistic capabilities like Morphosyntactic processing, while the second posterior part was found to be fundamental for Syntaxes and Semantics.

On the other hand, 4 areas in the IFG are believed to be responsible for Syntactic processing and memory. And for the MTG, one of its functions is thought to be important for the linguistic skill of Lexical Semantic processing.

Multilingualism or Polyglotism is the ability of a human or a community to use more than two languages. Interestingly, scientific studies found that out of the 7 billion human beings living currently on Earth, multilingual speakers outnumber monolingual speakers. Generally, the powerful human cultures succeed in opening the door wide for their languages to dominate directly and indirectly through their advanced civilization and its applications. This fact could be addressed with the English, Arabic, Persian, Greek, Latin, Chinese, German, Aramaic and some other languages like the Ancient Egyptian Language.

Oldest of Its Kind & Not Dead Yet

Because of its extreme longevity, this language which originated in Egypt has passed by 6 stages: the Archaic Egyptian which developed from a Proto-Hamitic language and appeared after the inhabitance of Eastern Hamitics (Ancient Egyptians) in Egypt around 41,000 B.C and before 2600 BC.

That’s while the second stage is the Old Egyptian that dominated between 2686 B.C and 2181 B.C, then the Middle Egyptian that took place between 2055 B.C and 1650 B.C. Afterwards, the fourth stage which is the Late Egyptian came out between 1069 B.C and 700 B.C. This stage was then followed by the Demotic that occurred between the 7th century BC and the 5th century AD. Whereas, the 6th stage, the Coptic emerged in the 1st century AD and lasted till the 17th century AD.

The once world superpower dominant Hamitic language started to weaken during the “Third Intermediate Period of Egypt” giving space in daily life usage for the more useful and practical languages at that time, the Greek and Arabic respectively. The Ancient Egyptian hieroglyphics started century by another to become illegible by Egyptians due to changing the scripts of the Demotic and Coptic stages.

These steps led the Ancient Egyptian Language to fade as a written language although it survived as a spoken tongue till the 17th and the 19th centuries AD. Even though, in the modern ages since the 2nd decade of the 20th century, thousands of Egyptian university students graduate from the Faculty of Egyptology and Egyptian linguistics and phonetics specialized research centers allowing Egyptians to learn their endangered mother tongue.

The famous Iraqi polymath Ibn Wahshiyya of the 9th century was one of the first Muslim medieval scholars to propose a link between the Ancient Egyptian Language and its Hieroglyphics with the Coptic linguistic stage which was spoken and written during his era. He was also able to partly decipher some hieroglyphs.

Following that in the 17th century, the German Athanasius Kircher hinted at the phonetic importance of Egyptian hieroglyphs, analyzing the Coptic linguistic stage as a vestige of the Ancient Egyptian Language. A single century later in the late 1800s, the excavation of Rosetta Stone was a revolutionary step in reconstructing the Ancient Egyptian Language which was illegible at that time yet still existent orally via loanwords in the Egyptian Arabic Dialect and in the 6th late Coptic linguistic stage.

During and post the era of the New Kingdom when the Ancient Egyptian Empire transferred to be the world’s first superpower, the Ancient Egyptian Language and culture expanded and dominated to influence many other Old World neighboring African, Asian and European cultures. Linguists found a few words of Egyptian origin that exist in English, and some other European languages have Egyptian loanwords that were transferred through the Egyptians’ Mediterranean blood siblings, the Greeks.

Additionally, Egyptians and Uyghurs for instance didn’t only appear to be linked in matter of religious beliefs as both nations are Muslims, but also scientists have discovered that even the original script of the very distant Uyghur Language in Central Asia was derived from the Egyptian Hieroglyphics like the majority of the world’s alphabets and scripts.

Now we can say “Senebty” which means “Good Bye” in the Ancient Egyptian Language, the endangered mother language of nearly 70 million ethnic Egyptians in the world.