Islam and Its Message: How Is It Distinguished from Other Religions?

Islam declares itself to be one irreducible religion of God which has been delivered by the prophets of Allah, ever since man was first sent down to this earth. 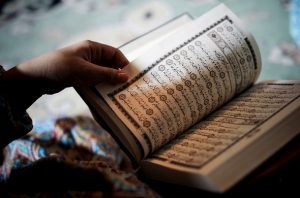 God distinguishes Islam as preached by all prophets and concluded by Prophet Muhammad from all other religions.

In the Qur’an God states:

The same religion has He established for you as that which He enjoined on Noah – that which We have sent by inspiration to you- and that which We enjoined on Abraham, Moses, and Jesus: Namely, that you should remain steadfast in religion, and make no divisions therein. (Ash-Shura 42:13)

In the Qur’an Islam is described as the religion of God:

Surely the (true) religion with Allah is Islam, and those to whom the Book had been given did not show opposition but after knowledge had come to them, out of envy among themselves; and whoever disbelieves in the communications of Allah then surely Allah is quick in reckoning. (Aal `Imran 3:19)

In the Qur’an, God distinguishes Islam as preached by all prophets and concluded by Prophet Muhammad from all other religions, commanding Muhammad to say: “To you your religion and to me my religion”. (Al-Kafirun 109:6)

The Arabic word Din “religion” is linguistically used to denote any kind of religions, creeds or faiths, whether false or true, whether revealed from God or created by man, in whole or in part.

True religion, according to Islam, is that which God revealed to the prophets which He chose from among His people to guide them along the right path. The Qur’an states that God did not deprive any nation of a prophet and a message. No people were exempt from this gift of God, “You are truly a warner and to every people a guide”. (Ar-Ra`d 13:7)

God sent His messengers, each speaking the tongue that would be understood by the people, and Revelation is present in the Hebrew Torah, and Psalter and the Aramaic Gospel as well as in the Arabic Qur’an:

And We did not send any messenger but with the language of his people, so that he might explain to them clearly; then Allah makes whom He pleases err and He guides whom He pleases and He is the Mighty, the Wise. (Ibrahim 14:4)

God also clearly states that He never punishes His people without sending a prophet to warn them and teach them first. To Prophet Muhammad, God states in the Qur’an that He has sent many prophets; some were named, some were not named:

However, the original language of all existing gospels is Creek, although the language of Jesus must have been Aramaic, unless an argument could be made that he knew Greek as a second language, which seems most unlikely. Matthew cannot have an Aramaic original because it uses 600 verses from Mark, according to the generally accepted priority of Mark.

The only authentic Aramaic in the gospels then would be the handful of transliterated Aramaic phrases.

This is why we regard religion as the most important thing in the world, because it represents God’s communication with men. God makes no distinction between nations, since He has sent prophets to all areas of the world, but He does make a distinction between the degree of obedience that they display to His Divine word, and the respect that they show to His prophets who deliver His message:

O you men! surely We have created you of a male and a female, and made you tribes and families that you may know each other; surely the most honorable of you with Allah is the one among you most careful (of his duty); surely Allah is Knowing, Aware. (Al-Hujurat 49:13)

The Qur’an directly acknowledges the prophets before Muhammad. It relates their mission and struggles against the societies to which they were sent. The Qur’an reports their stories accurately and reverently, acknowledging their function as prophets.

Concerning the Muslim faith, we are commanded by God to believe in all prophets, without discrimination. God says:

The Apostle believes in what has been revealed to him from his Lord, as do the men of faith. Each one (of them) believes in God, His angels, His books, and His Apostles. ‘We make no distinction (they say) between one and another of His Apostles.’ And they say: We hear, and we obey: (we seek) Your forgiveness, our Lord, and to You is the end of all journeys. (Al-Baqarah 2:285)

Ibn Kathir says that whosoever rejects one prophet rejects all prophets. The Muslim is therefore required to affirm his faith in all prophets of God and to show devotion to all of them. Hatred shown towards any prophet would cut him off from Islam, The Prophet Muhammad expresses his closeness to Jesus.

Abu Hurayrah reported the Prophet (peace be upon him) as having said, “I am most akin to the son of Mary of all mankind, and all the prophets have different mothers but one religion, and no prophet came between me and him.” (Al-Bukhari and Muslim)

The Prophet affirms the unity of the religions of heavenly origin.

Our belief in the prophets is accompanied by our belief in the Holy Scriptures, for, as Muslims, we hold that all these Holy books are the word of God – and originated from Him. The books named in the Qur’an are as follows: the Scroll given to Abraham, Az-Zabur which are the Psalms given to David, the Torah given to Moses, the Gospel given to Jesus and the Qur’an given to Muhammad.

I would like to note in passing that some of these books are lost – such as Abraham’s Scroll, and that others have been subject to corruption and distortion.

The word Islam is used in the Qur’an by all prophets, for example, Abraham, Moses and Jesus and the Magicians at Pharaoh’s court, the Queen of Sheba, the disciples of Jesus, also declared themselves Muslims

Islam is opposed to disbelief in God, and is in conflict with any form of atheism, but with regard to Judaism and Christianity, Islam believes that they all three came from the same source, the light shone from the same opening in the clouds. Islam has many points of agreement with the other two religions.

Of course, there are differences, but despite the historical conflicts they have many things in common. The three religions lived together in harmony throughout the Muslim World. Everywhere in these areas you find synagogues and churches, perhaps side by side with mosques. Christians and Jews had their own schools and courts of judgment.

Islam means literally “complete submission to God”, simply because He is our Creator. We do not create ourselves, so we cannot claim authority for our own selves. This is the simple meaning of Islam. The concept of Islam is Islam itself; you can feel it from just reading or hearing the name. It is religion from God, not from Muhammad or any other human. God is the source of Islam, and God is its aim and end.

The Prophet Muhammad was the vehicle for its transmission, he was a man chosen by God. His thoughts were not for himself, nor for his Companions, nor for the congregation, but for God.

This is to say that Muhammad was a holy man and God’s Messenger.

Islam also means complete acceptance of God and obedience to Him, not to worship any human, or impose divinity on any idea or system, or even upon the Prophet who delivered the message of God.

Islam also means to sanctify the word of God, to protect it from tampering or corruption. Islam is a universal religion which addresses all humanity because all should submit their will totally to God. No one has separate will, or can be independent of the will of God. No one knows as God knows.

Source: The article is excerpted from the author’s book “The Qur’an and the Gospels: A Comparative Study.”