The Elderly: A Neglected Area of Da`wah

How Does Islam see the elderly? Why and how should we give da`wah to them? 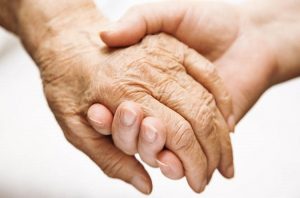 Islam is very clear in calling for respect to the aged.

For a Muslim, aging is not some type of curse, but a natural progression of our lives as we head towards the ultimate reality in the next life. As Allah describes it in the Qur’an:

0 Humanity, If you doubt that you will be raised up (after death) then consider that We created you from dirt, then from sperm, then from a clinging then into a partially formed lump of flesh in order that We may show Our ability to you. Then We cause whom We will to rest in the wombs until their term is finished, then We bring you out as babies that you might reach your age of full strength. Some of you are then called to die (in your youth) while others are sent to a feeble old age so that you know nothing (after having known much. (Al-Hajj 22:5)

Islam is very clear in calling for respect to the aged. Traditional Muslims, in addition, do not shun their elderly family members or demean them physically or verbally. Unfortunately, the precepts of modem Western materialism/secularism do not share the same admiration and love for them.

It is a sad reality of life in North America that millions of elderly people are all but abandoned by their children to fend for themselves. They are placed in nursing homes, because the family “can’t” care for them anymore, (read: don’t want to sacrifice the time) or they are left alone in their homes which are often allowed to deteriorate around them.

Prophet Muhammad (peace be upon him) said, “May his nose be rubbed in dust,” then he repeated it twice, “who found one or both of his parents approaching old age, but failed to enter Paradise (by not serving them.)” (Muslim)

How many an inmate of a retirement or nursing home has lamented their loneliness in their greatest hour of need! 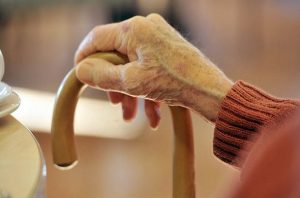 Millions of elderly people in North America are all but abandoned by their children to fend for themselves.

If you are a Muslim immigrant reading this chapter, it would be difficult to convey to you the utter horror that awaits the average elderly person in this country when they begin to decline in their faculties and abilities.

Whereas you may have fond memories of a close-knit family in which everyone from baby to the oldest surviving member had a treasured place in the wider circle of kinship, the emphasis in America is on the nuclear family. Basically, this means that the needs of the middle aged parents and their young children are the most important while the needs of the grandparents are of lesser importance. If the grandparent becomes a burden to care for, they jettison him or her into a stranger’s care.

It wasn’t always this way in North America. Traditional American and Christian values did emphasize a great respect for the aged. Indeed, one’s old parents would often live with them until their death, being cared for by the younger family members.

With the breakdown in the American family structure that accompanied industrialization, especially in the late 1800s the focus of the family shifted more towards the young. Traditional bonds were weakened, young people migrated away from the farms of their parents and developed an urban lifestyle that was characterized by a faster pace of life and more opportunities for work, entertainment and also stress.

By the 1960s onward the concept of a retirement village or home began to take embryonic shape. The rising pop culture, with its emphasis on fun and invincible individualism, also could not tolerate reminders of human mortality (the aged) being in close proximity. By the 1970s and beyond an entire industry grew up of what were essentially hotels with a few nurses on hand. Families could dump their elderly members there to be entertained and given constant care and then get on with their lives.

Two unforeseen situations developed. The first was in the rise of depression among the elderly.

Obviously, at least to us, if you rip a person who is already in a weakened and vulnerable state away from their personal support network (their loving family) and put them in antiseptic rooms to wait out their days in the company of low wage workers who don’t have any emotional or familial connection to them, they are going to sink into severe depression and melancholy.

Think of a scared infant being abandoned in a dirty, uncaring orphanage with rough workers, though in reverse. Indeed, there has been an alarming rise in suicides by elderly people in the United States, especially.

The second problem that arose was in neglect and abuse. Government and private investigations have found shocking examples of abuse of the elderly by low-wage workers who see their charges as little more than cattle. Numerous undercover cameras have caught such miscreants in the act of beating, slapping, pushing and doing otherwise horrible crimes against the defenseless infirm and aged.

Couple this with a general rise in unsanitary and unsafe conditions in many nursing homes and one can see how heinous the practice of discarding elderly parents is.

Da`wah to the Elderly

Da`wah to senior citizens entails taking the time to respect, care for, and assist them. Concerned Muslims may organize themselves into small groups who can visit the elderly and offer their assistance in repair work to homes, taking them shopping or simply taking the time to listen to them. Whatever help the person needs, the Muslims can make it a point to provide it.

When the Muslim is questioned as to why they are getting involved, they can reply with ayat from the Qur’an and Hadith which encourage respecting and assisting the aged. 149 Community presentations can be arranged for the elderly to attend, which highlight different Muslim cultures, food, etc. and the merciful teachings of Islam.

This is an area of da`wah that Muslims must pursue.