What Effects Does Tawheed have on the Life of a Man?

learn the effects which the belief in La ilaha illa Allah (tawheed) has on the life of a man and see why he should always make a success of life and why one who denies it becomes a failure in life, both here and in the hereafter. 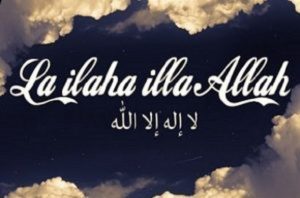 Along with self-respect this belief also generates in man a sense of modesty and humbleness.

1- A believer in this Kalimah (La ilaha illa Allah) can never be narrow in outlook. He believes in a God Who is the Creator of the heavens and the earth, the Master of the East and the West and Sustainer of the entire universe.

After this belief he does not regard anything in the world as a stranger to himself. He looks on everything in the universe as belonging to the same Lord he himself belongs to. His sympathy, love and service are not confined to any particular sphere or group. His vision is enlarged, his intellectual horizon widens, and his outlook becomes as liberal and as boundless as is the Kingdom of God.

How can this width of vision and breadth of mind be achieved by an atheist, a polytheist or one who believes in a deity supposed to possess limited and defective powers like a man?

2- This belief produces in man the highest degree of self-respect and self-esteem. The believer knows that Allah alone is the Possessor of all power, and that none besides Him can benefit or harm a person, or provide for his needs, or give and take away life or wield authority or influence.

This conviction makes him indifferent to, and independent and fearless of, all powers other than those of God. He never bows his head in homage to any of God’s creatures, nor does he stretch out his hand before anyone else. He is not overawed by anybody’s greatness.

This attitude of mind cannot be produced by any other belief. For it is necessary that those who associate other beings with God, or who deny God, should bow in homage to some creatures, regard them able to benefit or harm them, fear them and place their hopes in them.

3- Along with self-respect this belief also generates in man a sense of modesty and humbleness.

It makes him unostentatious and unpretending. A believer never becomes proud, haughty or arrogant. The boisterous pride of power, wealth and worth can have no room in his heart, because he knows that whatever he possesses has been given to him by God, and that God can take away just as He can give.

In contrast to this, an unbeliever, when he achieves some worldly merit, becomes proud and conceited because he believes that his merit is due to his own worth. In the same way pride and self-conceit are a necessary outcome and concomitant of shirk (association of others with God in His divinity), because a mushrik believes that he has a particular relation with the deities which does not exist between them and other people.

4- This belief makes man virtuous and upright. He has the conviction that there is no other means of success and salvation for him except purity of soul and righteousness of behaviour. He has perfect faith in God Who is above all need, is related to none and is absolutely just.

This belief creates in him the consciousness that, unless he lives rightly and acts justly, he cannot succeed. No influence or underhand activity can save him from ruin.

As against this, the kafirs and the mushriks always live on false hopes. Some of them believe that God’s son has atoned for their sins; some think that they are God’s favourites, and will not be punished; others believe that their saints will intercede with God on their behalf, while others make offerings to their deities and believe that by so bribing the deities they acquire a license to do whatever they like.

Such false beliefs keep them enmeshed in sin and evil deeds; depending on their deities, they do not bother about their souls and living pure and good lives.

As to atheists, they do not believe that there is any Being having power over them, to Whom they should be responsible for their good or bad actions; therefore they consider themselves independent to act in whatever way they like. Their own fancies become their gods and they live like slaves of their wishes and desires.

5- The believer never becomes despondent. He has a firm faith in God Who is Master of all the treasures of the earth and the heavens, Whose grace and bounty have no limit and Whose powers are infinite. This faith imparts to his heart extraordinary consolation, fills it with satisfaction and keeps it filled with hope.

Although he may meet with rejection from all sides in this world, faith in and dependence on God never leave him, and on their strength he goes on struggling. Such profound confidence can result from no other belief than belief in one God.

Mushriks, kafirs and atheists have small hearts; they depend on limited powers; therefore in times of trouble they are soon overwhelmed by despair and, frequently, they commit suicide.

6- This belief produces in man a very strong degree of determination, patient perseverance and trust in God. When he makes up his mind and devotes his resources to fulfilling the Divine Commands in order to secure God’s pleasure, he is sure that he has the support and backing of the Lord of the universe.

This certainty makes him firm and strong like a mountain, and no amount of difficulties, impediments and opposition can make him give up his resolution.

Shirk, kufr and atheism have no such effect.

7- This declaration inspires bravery in man. There are two things which make a man cowardly: (i) fear of death and love of safety, and (ii) the idea that there is someone else besides God who can take away life and that man, by adopting certain devices, can ward off death. Belief in La ilaha illa Allah purges the mind of both these ideas.

The first idea goes out of his mind because he knows that his life and his property and everything else really belong to God, and he becomes ready to sacrifice his all for His pleasure. He gets rid of the second idea because he knows that no weapon, no man or animal has the power of taking away his life; God alone.

The article is an excerpt from the book “Towards Understanding Islam” by Abul A`la Al-Mawdudi.