Who Are Christians and in What Do They Believe?

There are two main sects of Christians: Catholics and Protestants, and three main heretical sects: Je 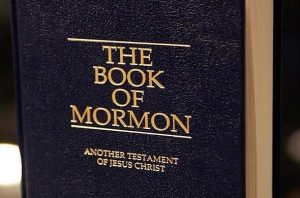 Catholics are the oldest – the earliest split was the Eastern Orthodox (Greek and Russian Orthodox churches have different organizational structure, but essential beliefs the same).

Protestants split over Catholic hierarchy: Pope, bishops, etc. and saint worship. Martin Luther (1483-1546) and Calvin (1509-1564) lead a reform movement, which later became known as the Protestant movement. It rejected the accumulated rites, rituals and hierarchy of Roman Catholicism in an attempt to return to a purer form of Christianity.

After a bitter struggle with church leaders leading to the excommunication of many reformers, a number of communities throughout Europe broke off and formed new churches in which Mary, the mother of Jesus, was no longer worshipped, and intercession through saints was no longer sought.

Priests were allowed to marry, and the infallibility of the authority of the Pope was totally rejected. Rites like communion, in which little pieces of bread were served to the congregation in the belief that the pieces were somehow transformed into the body of Jesus Christ, were dropped along with the use of Latin in church rites.

The Protestant Bible has seven less books than that of the Catholics.

Mormons (The Church of Jesus Christ of Latter-day Saints)

Adam actually God incarnated who came to Eden (in Missouri) with one of his heavenly wives, Eve, had sexual relations with Mary to produce Jesus.

Until 1978, blacks could not enter the priesthood (age 14 males enter Aaronic priesthood and at age 20 they enter the higher office of Melchezdec), thus all 17 temples of the sect were off-limits to blacks. Then First President, Spencer Kimball got revelation to include blacks.

No pork, alcohol or tobacco

Started Watchtower 1879 – informal following in the millions, but organized only a

Jesus not God, but son of God and His first creation.

Souls not separate from body

(6,000 year to the end of the world recalculated from Eve’s creation who’s date of creation unrevealed currently)

The term “Jehovah” is not found in the Hebrew Bible – only in the Jehovah’s Witness translation “The New World Bible”.

Jewish custom to avoid pronouncing the divine name led them to write yhwh (Yahweh) in texts and read adonai (the Lord). In ignorance, later the vowels of adonai combined with the tetragrammaton to get Jehovah.

Stress is laid on reading the Bible

First appeared among Protestants in 1960 and among Roman Catholics in 1966 Origins in Pentecostalism (1901 John Wesley and John Fletcher) in which Baptism in the Holy Spirit was stressed, and Glossalia (speaking in tongues) was practiced.

Consequently, one should be familiar with whom one is inviting to Islam.

The unifying belief of mainstream Christianity is the Trinity: God the Father, God the Son and God the Holy Ghost/Spirit, three Gods in One. It is officially called the Nicene Creed and was agreed upon in a meeting of bishops in Nicea which took place in 325 CE.

Bishops, like Arius, and others who supported Unitarianism and opposed the Trinitarian concept and the divinity of Jesus, where subsequently declared heretics, their followers hunted down, tortured and burned at the stake, and their gospels burned.

Most Christians have not read the Bible, many have read small parts, most have only heard sections or verses mentioned in Church sermons. Their belief in Christian theology is most often very weak.

Often times they have their own interpretations, thus, it is best to find out the status of their beliefs prior to beginning discussion, if possible. The basic concept of Christianity: God bore a son who was Himself and He allowed Himself to be sacrificed to Himself to free humankind of their sins.

The article is an excerpt from the eBook “Dawah to Christians” by islamicbulletin.com